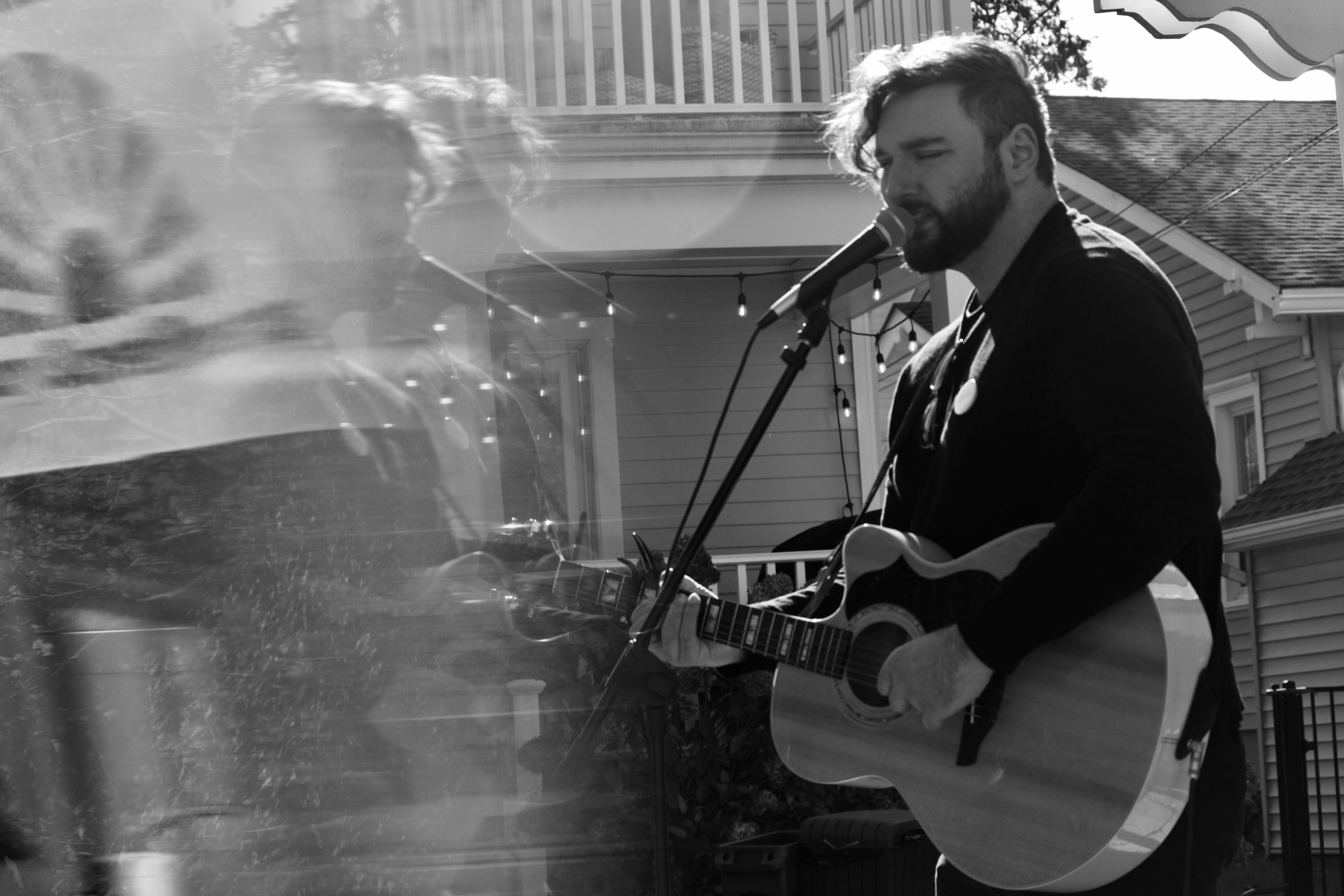 Songs from an Empty Room is Rory D’Lasnow’s new EP release and its five songs are full of the interiority its title implies. The New Jersey native writes from a familiar place and with familiar language that nevertheless sparks with unique insights and raw introspection. The music, overall, doesn’t work with a wide array of instruments but, nonetheless, has enough diversity to sustain anyone’s attention from beginning to end.

He’s put his proverbial best foot forward with these songs. They aren’t pseudo-poetic romps with extravagant language but, instead, near-epistolary like missives written in various states of unrest. There are some victorious moments in these songs but those moments are, invariably, hard-won. “Where You Belong”, for instance, seems like an adoring love song and little more, but the ever-present hint of melancholy nibbling along the composition’s edges pose a persistent thread to the song’s mood.

“Forgotten” provides Songs from an Empty Room with one of its more intense moments. It, likewise, offers ample evidence for D’Lasnow’s talents for assembling songs. The steady rise from its muted beginnings into a full-throated example of pop songwriting with an individual twist. The latter manifests itself in several low-key ways; it’s heard in where he places particular turns in the composition, his vocal phrasing, and other attributes. It’s one of the EP’s highlights.

The fourth and fifth songs move into slightly different territory than the first three. D’Lasnow introduces a heavier hand into the percussion for “I Won’t Do Anything”, but don’t let that create the wrong impression. There’s never any crude bash and thud infiltrating its way into his songwriting and D’Lasnow is careful about how he deploys the drumming. The fifth track “Power of My Love” is, far and away, the hardest-hitting track included on the release. He responds in kind with an equally emphatic vocal. The percussion is omnipresent throughout the cut rather than cropping up at assorted points and the song’s second half is especially rousing.

“Happy” ends Songs from an Empty Room with, perhaps, a bit of a jolt. Acoustic tracks delivering said jolts is uncommon, to say the least, but utilizing the element of surprise pays off well  It will be a favorite for many encountering this release and its fundamentals unquestionably contribute to the track standing out as one of the EP’s best moments. Songs from an Empty Room doesn’t have a single song that won’t work well in live performance; much of his reputation is built on the back of his power as a live performer.

The new EP, however, makes it clear Rory D’Lasnow has a lot of power to bring to bear on his studio work. He’s penned or co-written an impressive slate of tunes for this release. The five songs are filled with plenty of evidence that his art will only continue growing from this point. He certainly has the necessary work ethic to make it possible – discipline is a big reason why this EP sounds as good as it does. It’s a winner.

The One and Only Dici, is at it Again
Daftar Situs Slot88 Gacor Gampang Jackpot Terbesar
“Panic” EP by Australian Mary Broadcast
Deborah Lee Fong Surging Despite the Pandemic
SAN DIEGO REFUGEE STAR2 IS NEXT HIP HOP STAR