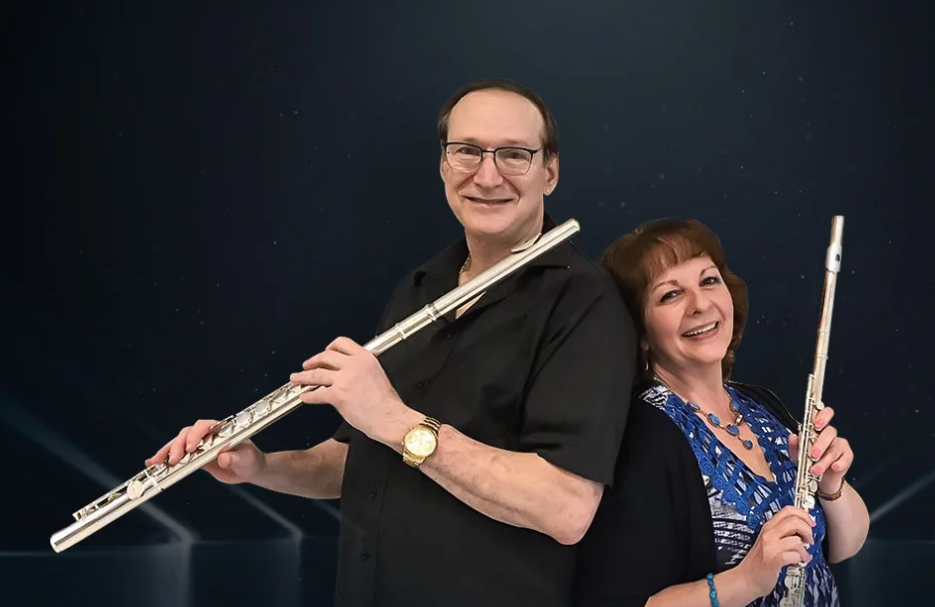 “(I Just) Died in Your Arms Tonight” from alto flutist Steve Markoff and flutist Patricia Lazzara is the latest release from a duo whose instrumental prowess has garnered well-deserved attention. The connection between these two outstanding musicians began as a teacher/student relationship when Markoff approached Lazzara seeking out instruction. Few would have ever predicted this flowering into an ongoing musical partnership, but even fewer would have imagined that the pair turning their focus towards Cutting Crew’s venerable 1986 pop blockbuster “(I Just) Died in Your Arms Tonight” for a single release.

The twosome engages in a delicate musical dialogue. Markoff and Lazzara focus on seamlessness throughout the track – it is difficult for layperson listeners to hear where one player ends and another begins. Their focus their attentions, as well, on the song’s central melody. It’s the point around which everything else revolves but that doesn’t mean its supporting material isn’t significant. The pair update the original track with an ear towards making it relevant for modern audiences rather than simply cashing in on lazy recognition alone.

‘Incorporating piano brings needed diversity. The flutes are the primary vehicle for the pair’s musical ideas and provides satisfying listening on their own, but Allison Brewster Franzetti’s piano work brings a worthwhile layer. Her melodies underline Lazzara and Markoff’s, counterpoint their trajectory without deviating too far from the band’s core sound. Her musical contributions share the same accessible streak present in the flute work and, as such, gives the single a stronger overall unity.

The overall demeanor of the song is pensive without ever being too restrained. The instrumentation isn’t always laid back, the principles understand when turning things up is needed and how to do it. Those peak dramatic moments never sound out of place with the remaining passages and the pair thread them together in such a way that the song achieves even greater coherence.

Few, if any, will miss the lead vocal. It isn’t because the original song has an insufferable vibe and doesn’t bear repeating here but, instead, because of the familiarity of its lyrics. There isn’t any possibility for freshness or surprise there. Eliminating the words entirely is a bold but necessary stroke. It’s practicality, as well. None of the participants want to sing. The other key reason, of course, is because of its memorable melody acting as a quasi-vocalist.

Hearing “(I Just) Died in Your Arms” is an interesting experience. It will have a greater impact on listeners who remember the long-gone buzz surrounding its initial release, but newcomers will find it appealing for the same reasons. It’s a wonderful example of the song’s flexibility. This isn’t a staid and moribund piece of pop culture but an evolving and potent track over three decades following its release. t isn’t some lark prodding them to record this track. Everyone involved sound like they experienced the same shot of inspiration as Lazzara and Markoff felt when they considered tackling this song. There’s nothing here that feels half-assed or cookie-cutter. It’s sparkling from its first note to last.

The music of Steve Markoff and Patricia Lazzara has been heard all over the world in partnership with the radio plugging services offered by Musik and Film Radio Promotions Division.  Learn more https://musikandfilm.com