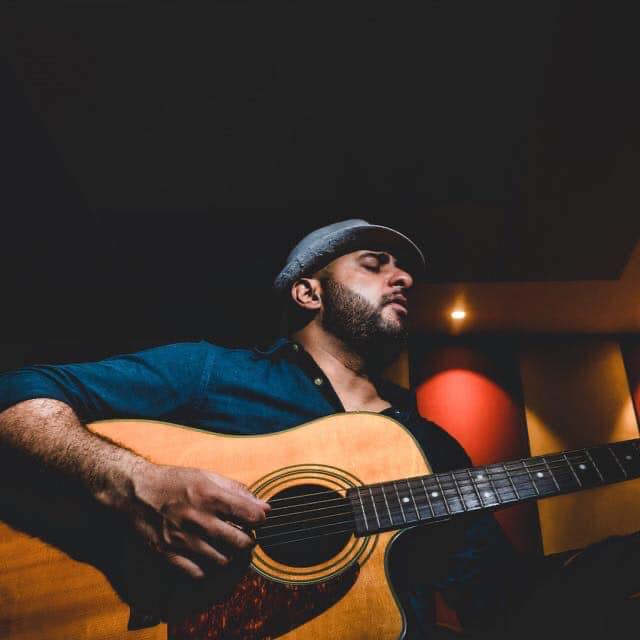 Rohan Solomon’s journey from fronting the band Cyanide in his home India to working as a solo artist in some of Nashville, Tennessee’s best studios is a compelling tale. The latest chapter in that story is the release of Solomon’s latest single “It’s Christmas”. Looking back over Solomon’s discography may illuminate how surprising it is that he’s releasing a seasonal track but there’s nothing about this new song that smacks of gimmickry. It’s a fully felt and musically realized but, most importantly, it connects with listeners without little effort. Solomon has a natural facility that comes through in everything he does and each new single seems to further refine his art.

He recently moved back to his native India but there’s nothing about Solomon’s new single tethering it either to a specific time or place. It has modern production values that make the music come alive for listeners, but Solomon’s “It’s Christmas” could have just as easily been written and recorded twenty years ago or more. It’s further to Solomon’s credit as a songwriter that he’s managed to phrase the expected feelings and hope in his own language rather than closely adhering to the past.

It has one foot there and one in today. There’s no question many listeners need and crave the positive life-affirming qualities present in this song. It’s been a long and wearying road over the last sixteen months. The fabric of our everyday lives has been tested in a way few nations have experienced since the Second World War and countless institutions have been found wanting in the face of an enemy we cannot see. Rohan Solomon’s “It’s Christmas”, however, plays as a wholehearted rebuke of despair.

You hear it in each line he sings. Solomon has a full, robust voice capable of soaring with confidence and artfully pulling back on the reins when necessary. His long experience as a vocalist is evident in the way he carries himself and it breeds self-assurance audible throughout the cut. The production syncs up the singing and musical accompaniment without ever giving precedence to one side over the other.

There’s great guitar in the song. “It’s Christmas” is, without a doubt, a self-consciously styled pop gem, but Solomon’s writing makes it musically credible, as well. The track holds up under repeated listens. Production highlights the song’s musical strengths but the drumming, in particular, sets a hard-hitting tone for the performance. It’s important to note, once again, how Solomon works hard when he could coast. Hitting the necessary marks for a Christmas tune isn’t much a stretch for professionals, but Solomon goes above and beyond the call of duty.

Rohan Solomon’s “It’s Christmas” is an early contender for one of the best holiday tunes in recent memory. It goes further than that, however. “It’s Christmas” is one of the best pop tunes of 2021 and clears the high hurdle with seeming off the cuff elegance. There’s a wonderful feeling of spontaneity radiating from this tune, it practically sounds like it was cut live in the studio, and you’ll can’t help but admire its charms.

The music of Rohan Solomon has been heard all over the world in partnership with the radio plugging services offered by Musik and Film Radio Promotions Division.  Learn more https://musikandfilm.com

“Panic” EP by Australian Mary Broadcast
Daftar Situs Slot88 Gacor Gampang Jackpot Terbesar
Deborah Lee Fong Surging Despite the Pandemic
Actor Linda Collins Turning Heads Around Hollywood and Beyond
The One and Only Dici, is at it Again