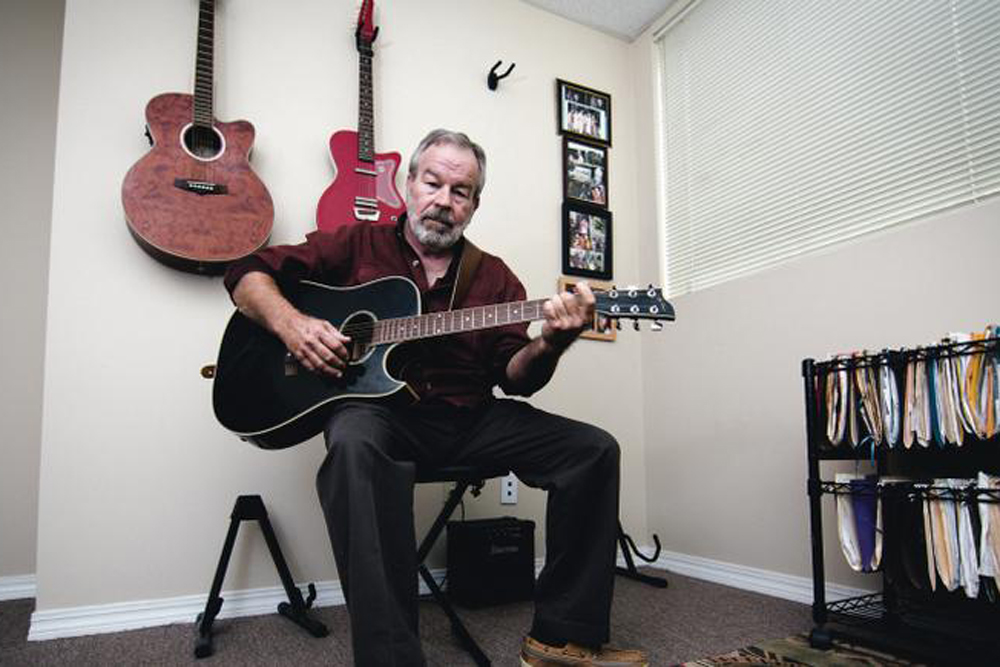 Stephen Wrench has enjoyed the sort of long and winding career in popular music that’s the stuff of legends. Wrench has rubbed elbows with the cream of the crop in 20th and 21st century music including the likes of Tom Petty, Artemis Pyle of Lynyrd Skynyrd, Molly Hatchett’s founder Banner Thomas, and the irrepressible Tommy Tutone. He’s managed, as well, to translate his songwriting and performing skills into invaluable offstage roles for several of the aforementioned artists among many others. Saying that someone lives and breathes anything, particularly music, is often a tiresome cliché, but Stephen Wrench embodies it.

His latest release is a single entitled “Plow”. The song’s cover features a lovely blonde and buxom standing in front of a large tractor. He opens the track with raunch and roll guitar setting an immediate tone before segueing into the full band arrangement. His brawling voice, crackling with wild and wooly energy, knows how far to push the lyric – it has a muscular stride without ever overwhelming listeners.

His singing, like the remainder of the song, is deep in blues. It isn’t a purist’s vision for the blues, obviously. The humbucker fueled crunch of the guitar coupled with his voice makes for an authentic experience; you believe every word Wrench sings about his lady. “Plow” shows he knows how to build these sorts of songs. The acoustic rhythm guitar supplies key dynamics throughout the song and has particularly forceful momentum.

Wrench doesn’t sound like an aging veteran cutting paint by numbers rock. The same youthful thirst for making music Wrench harbored in his salad days burns just as bright now. You hear it in the unbridled brio he shows attacking the lyrics, grabbing each phrase and belting them for everything he’s worth. He focuses that energy towards shaping the song and its running time of a little over three minutes is an ideal length.

The song title and especially the single’s cover never really figures into the lyrics. That’s okay though. He’s written a fairly straight-forward love song that’s nicely “toughened up” by the aforementioned elements, but it’s never gratuitous. The musicianship is clear and there’s ample melody despite the song’s bite. Wrench’s instincts for creating memorable rock and roll hasn’t deserted him.

Let’s hope this isn’t an one-time lark. Longtime rock fans are starved for songs such as this and an experienced hand such as Stephen Wrench knows how to check off all of their respective boxes. This track proves that, if nothing else. It’s a great standalone number but if it’s a harbinger of longer releases to come, it certainly works in that context as well. It likewise holds up under repeated listens rather than coming off as a disposable cut. You aren’t going to hear this once and mothball it.

It doesn’t attempt to rethink modern songwriting’s possibilities. Instead, Wrench shows us some of what he does so well, makes no demands on us other than we listen and have a good time, but it’s easy to come away from this feeling like it barely scratches the surface of his talent. So be it. It’s one hell of a scratch, if so.