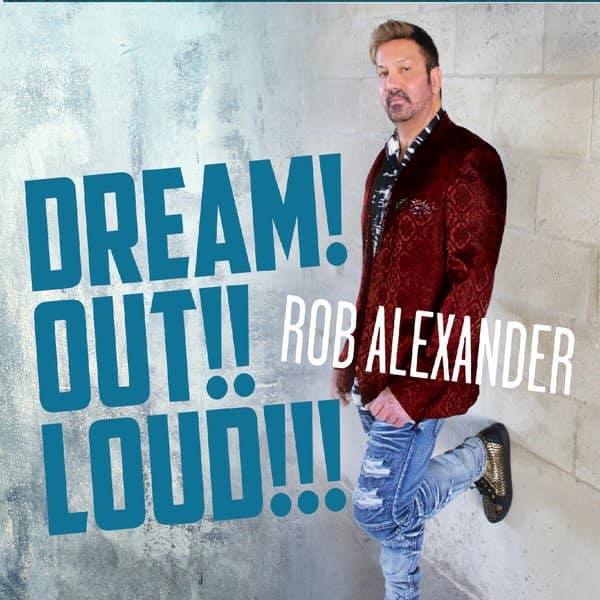 “Olivia” is the new pop rock single from Rob Alexander. A song with heart and a story that feels very real, Alexander is at the top of his game with a fresh rhythm and a voice that steals the show. Any musician would be envious of the backing band’s sound – a band that includes current members of Elton John’s band. Recorded and written during 2020, “Olivia” is from Alexander’s third album, Dream Out Loud (released February 2021). The synergy, the styling and the suave works – “Olivia” has been running laps in my mind ever since that first spin.

Based in Florida, Alexander mixes together the perfect blend of piano, guitar and some sassy (but ever so slightly) salsa flare. Perhaps it’s the horn section, or maybe it’s the bass and percussion clicks, but this song feels grander with each listen. I had to smile just a bit – when Alexander isn’t singing or playing live, he’s a physician anesthesiologist. Believe me, in “Olivia” he doesn’t put anyone to sleep. You will be up and energized listening to this big sound. I’m also reminded of Prince’s bandmate in The Revolution, Matt Fink (also known as Dr. Fink). Move over pop music, we have a new doctor on call!

“There’s a certain kind of love that you can’t leave behind, it’s like the winding of a never-ending road,” Alexander sings. This line summed up the song “Olivia” to me. Her emotional pull on him lingers, never really leaving his mind or his soul. Listening to the song and hearing that connection to her, to this person is evident. It’s clear that he’s treasured his time with her and the past still keeps him tethered, no matter how much he tries to tether himself to the present. I had to wonder if the song would still have the emotional impact that it did, supposing it were only Alexander and a piano. I like where he takes this song – it’s meant to be a larger soundscape. I think it would be too intimate sounding if it were just him and the keys, or an acoustic guitar. The backing band breathes life, inflates the connection between him and his audience. That can’t be fabricated in a studio. It’s clear, too, that Alexander is a veteran of the live stage and brings a wealth of energy into the studio. You aren’t just listening to him sing, you are feeling the song. That guitar coming through the speakers, especially, is palpable.

Given that this song feels larger-than-life at times and hones a tight sound, it’s a no-brainer that it deserves all the accolades coming its way. Alexander is a true front man, and he presents an ideal mix of nostalgia and contemporary pop rock. “Olivia” is a righteous good time and a freeing sonic journey. I highly recommend this tune for music fans of all genres and styles. It’s hard to find any faults with a song that keeps giving so many new little grooves on each listen.

Waldorf In Versailles, An Elegant Getaway Retreat
Bill Maher Says Gender Reassignment with Kids Has Gone Too Far
MCR Honor Fans Who Have Died With Fan-Created Memorial Flag
A 17th-century book about the existence of aliens has been found in England.
MySpace Era Emo Movie Coming From Spiritbox Video Director