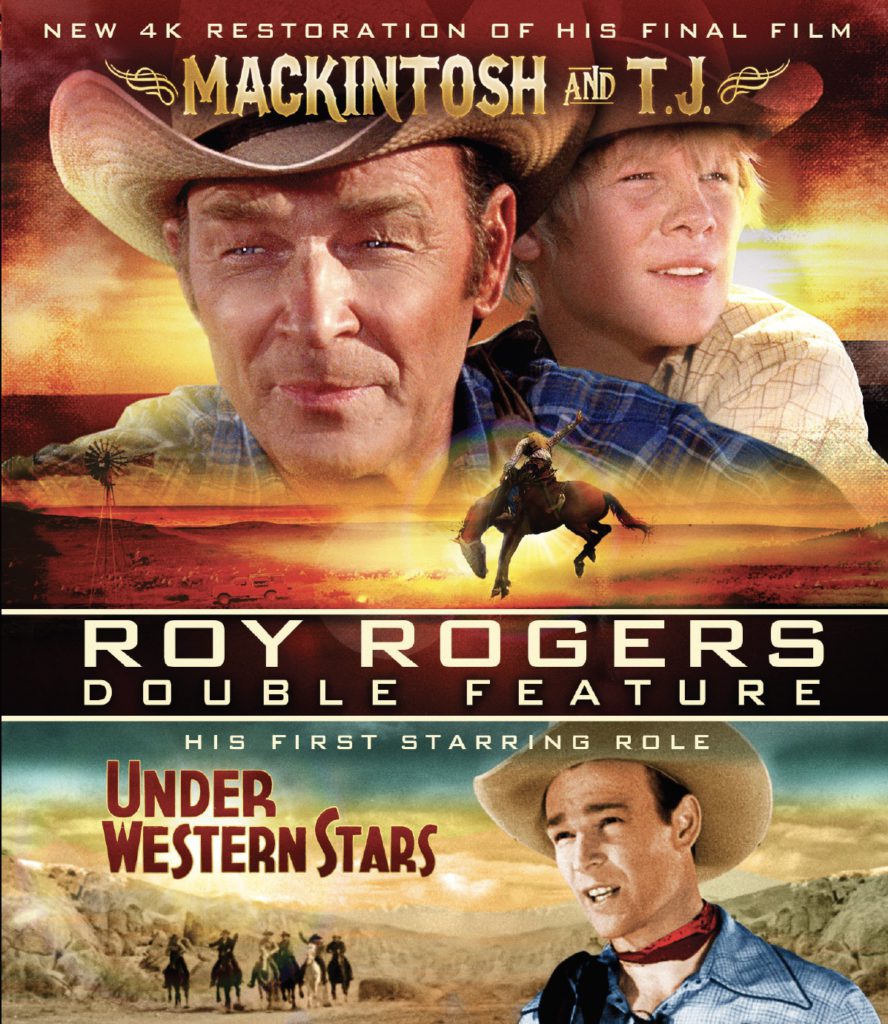 Showcasing “The King of Cowboys” first and last starring roles, the Holiday 2021 Box Set includes the fully remastered 1938 classic Under Western Stars and 4K Restoration of the 1975 Western Mackintosh and T.J.

The perfect gift for classic collectors and western movie fans, the Blu-ray box set, which includes special bonus features for each title, will be available through Amazon.com (North America) and Walmart.com on November 23, 2021. (suggested retail price: $40.00/distributed by Verdugo Entertainment). 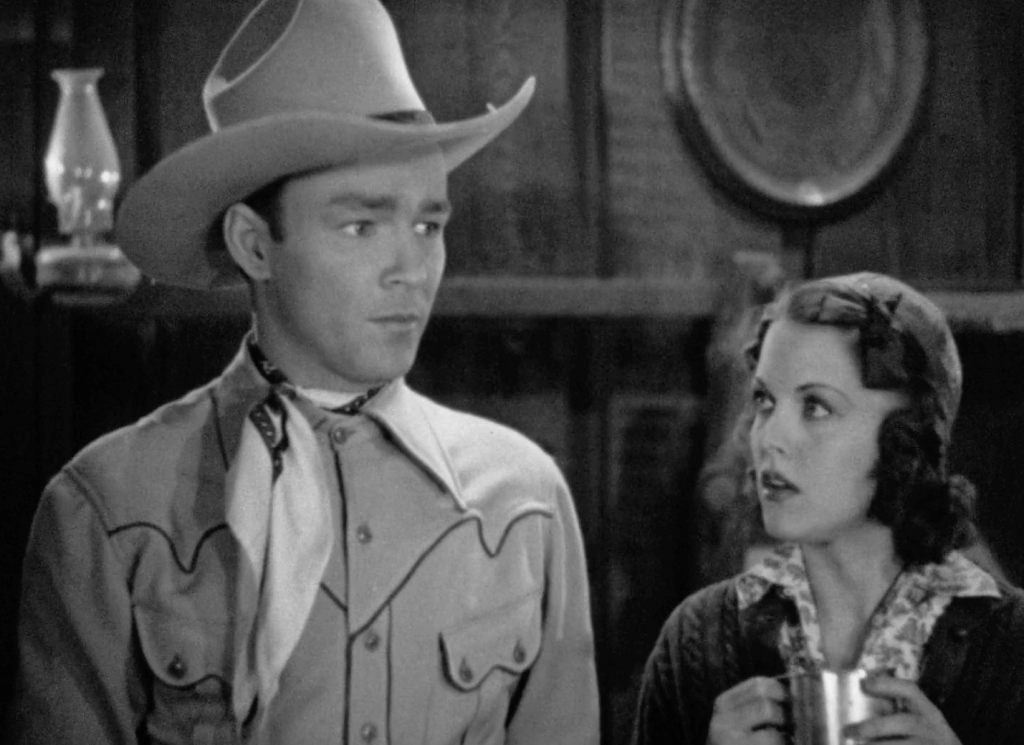 Originally intended for Gene Autry, Under Western Stars was the first starring role for Roy Rogers (previously Leonard Slye) at Republic Pictures and launched his legendary career. When severe drought and the greedy exploits of a local water company threaten the prosperity of ranchers in the Dust Bowl, Roy Rogers comes to the rescue. Selected for the National Film Registry in 2019, Under Western Stars, which also stars Smiley Burnett, Carol Hughes and Maple City Four, is presented newly remastered from a print that was made for the film’s director Joe Kane and thought to be the only complete, uncut 16mm print still in existence.

The film’s song “Dust,” written by Johnny Marvin, was nominated for an Academy Award in 1938 and was performed by Rogers at the live ceremony. In 2009, Under Western Stars was selected for the National Film Registry Award by the Library of Congress for being “culturally, historically or aesthetically” significant.

“Under Western Stars isn’t just a classic western, it is the film that launched one of the most famous names, and voices, in western film history,” said Steve Latshaw, Post Producer, Verdugo Entertainment.  “Doing this film justice meant creating a newly remastered version in today’s formats while staying as close to the original studio’s in-house style as possible both from a visual and audio perspective.  We believe we have achieved that.”

The newly remastered Under Western Stars will premiere at the Lone Pine Film Festival on Saturday, October 9, 2021, at 2:30 pm PST.   The screening will be followed by a panel discussion moderated by Verdugo Post Producer, Steve Latshaw, and will feature Roger’s daughter Cheryl Rogers-Barnett along with film notable restoration and preservation experts.  The panel will provide a real behind the curtain view of preserving Under Western Stars, other films like it and the growing challenges faced as films age and formats evolve.

In his triumphant final film role, Rogers stars as Mackintosh, a migrant cowboy traveling across West Texas plains in his run-down pickup truck. While looking for work breaking horses, Mackintosh befriends T.J. (future Pro Rodeo Hall of Famer Clay O’Brien), a runaway teen. The two form an unlikely bond and find jobs together at a cattle ranch where Mackintosh impresses the owner with his bronco-taming skills. Trouble, however, is on the horizon, but Mackintosh proves himself as a man who is not afraid to take a stand.

Screenwriter Paul Savage, most known for his TV work in Wagon Train, Big Valley, and Gunsmoke, penned the film specifically with Rogers in mind and is one of the few films in which the actor did not play himself. 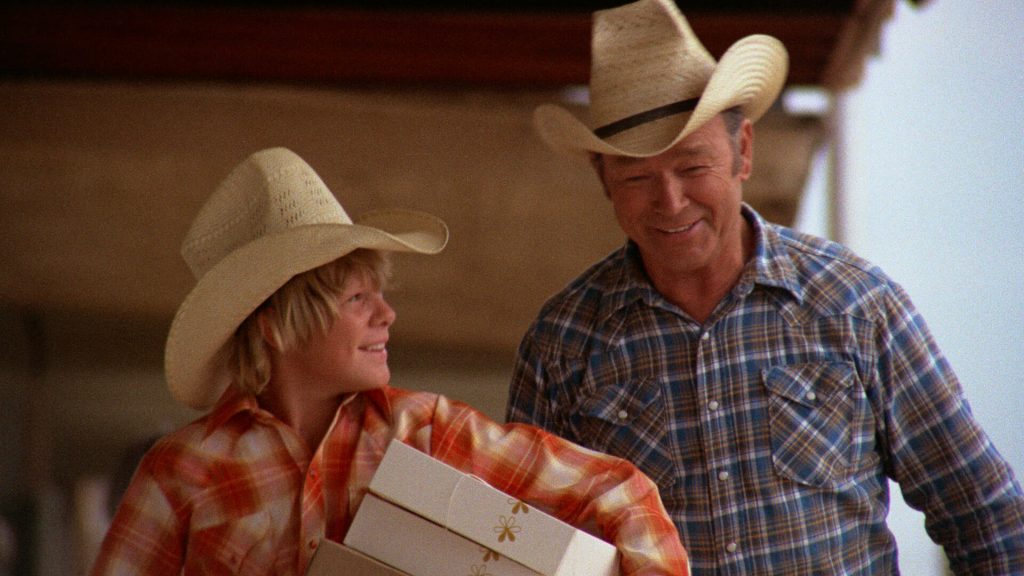 The film is essentially a moving photo album of ranch life in Texas in the mid-1970s,” said Sean Lawrence, Restoration Colorist.  “Our approach was to try and be as true to the original intention and not impose modern aesthetics. So, we restored to 4K from the original 35MM camera negative and went through a color correction process to match the original film.”

Mackintosh and TJ’s original score is by Waylon Jennings and the soundtrack features songs by Jennings and country music icon Willie Nelson.

Verdugo Entertainment launched the single 4k restoration of the title on Blue-ray, DVD and streaming platforms Amazon Prime, Vudu, You Tube and Google Play in May 2021.

About Verdugo Entertainment – Verdugo Entertainment is a leading independent entertainment distribution company dedicated to rediscovering, restoring and distributing cult classic and retro films.  Located in Burbank, California, the company provides complete film-distribution services and the highest level of technical quality in restoration so that each film is presented in its intended brilliance – bringing today’s fans closer than ever to the original experience.  Verdugo films are made widely available through streaming services, VOD, OTT, Broadcast, on VHS collectors sets, on DVD and Blu-ray, and can be seen at outdoor screenings, cinemas and festivals across the U.S. and Canada.