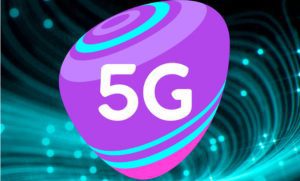 Nokia will be the sole supplier of 5G radio equipment for the Danish network joint venture between Telia and Telenor, which recently picked up new spectrum to enable it to forge ahead with 5G rollout.

Nokia was always going to be the vendor of choice for the JV, known in English as TT-Network. It has worked with Telia and Telenor since they first joined their Danish networks almost a decade ago, and has carried out 5G trials with them, including last year’s Multi-Operator Core Network (MOCN) deployment, in which it supplied both core and RAN equipment. However, it had not formally presented itself as the companies’ exclusive 5G RAN supplier until now, when it made the comment in an announcement about the rollout of 5G at 3.5 GHz in Denmark

TT-Network picked up 140 MHz of 3.5 GHz spectrum at Denmark’s multi-band auction earlier this year, 60 MHz of which carries an obligation to rent frequencies to public institutions and businesses looking to roll out private 5G networks. Its total spend at the auction, in which it also acquired 1500 MHz, 2.1 GHz and 26 GHz airwaves, came in at 741 million kroner or around US$118 million.

The availability of the 3.5 GHz frequencies in particular will help Telenor and Telia offer faster 5G services to their customers, Nokia said.

The Finnish vendor has brokered a network modernisation deal with TT-Network that will initially cover Denmark’s four largest cities before going nationwide, or to be more accurate, “expanding to cover most Danish customers,” next year. Nokia will provide 5G RAN equipment, including Massive MIMO antennas.

“With our nationwide network rollout, Danes will experience higher speeds and better coverage in both urban and peri-urban areas,” said Lars Thomsen, CEO of Telenor Denmark, in a statement. “Specifically, the 5G upgrades will mean twice the speeds in densely populated areas and significant improvements across the country,” he added.

The announcement included a similar comment from Thomas Kjærsgaard, CEO of Telia Denmark. It is worth noting that Telenor and Telia continue to operate separate retail businesses in Denmark: it is only the network infrastructure that is shared.

However, that does not mean they are shielded from the 5G coverage race, competing as they do with incumbent operator TDC and Three’s local unit. All operators launched their first 5G services in the latter half of 2020, with an eye on the then upcoming auction to fill out their spectrum portfolios. Now they are going head-to-head as they seek to roll out broader, faster, lower latency 5G network coverage.