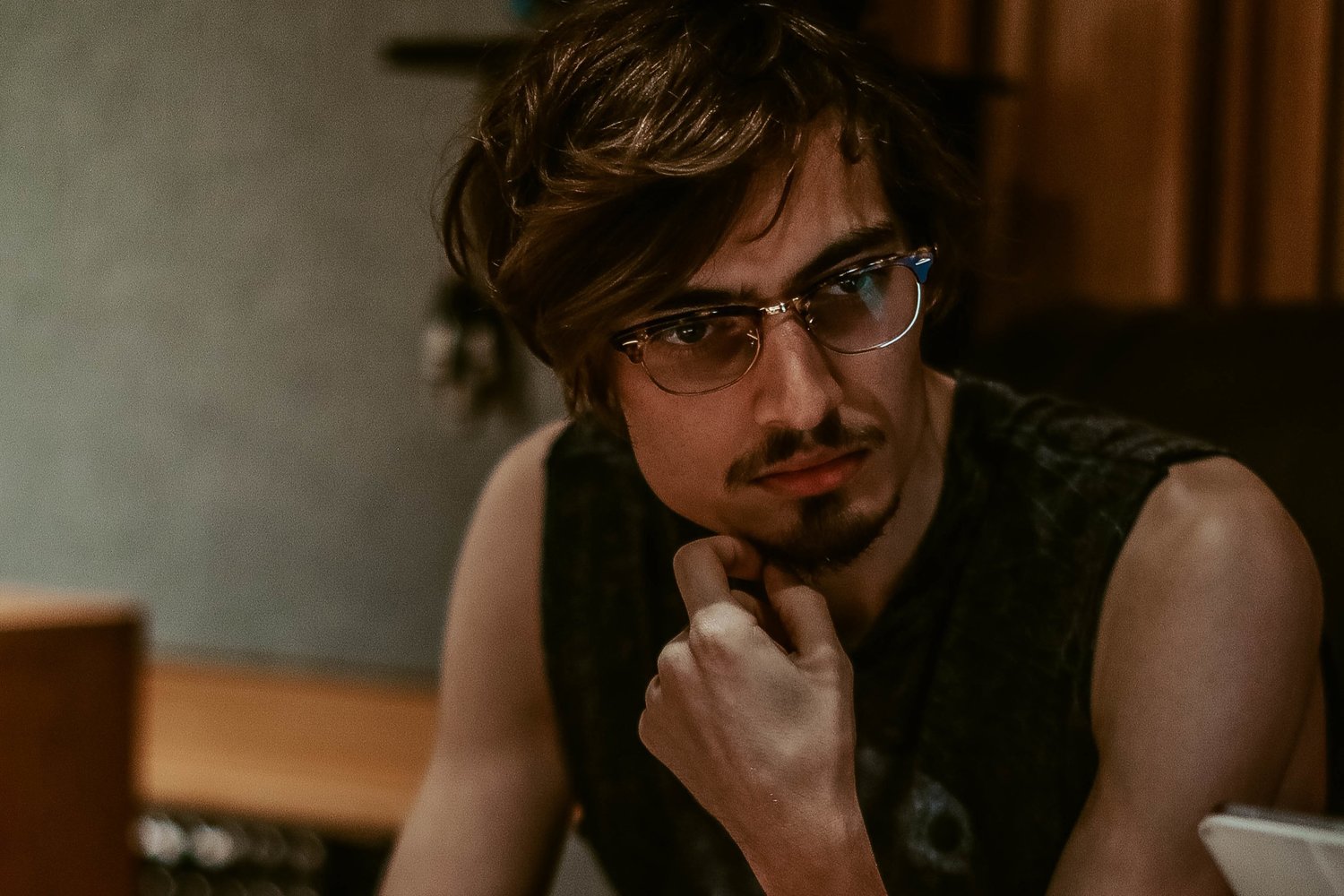 Strutting around like a Gun Club cover that has been reimagined with the moxie of a post-alternative rock generation of songwriting, we discover the opening bars of Trevor Drury’s “Alice” sounding and feeling like a throwback to ‘80s college rock – with an added dash of pomp, that is. There’s a flamboyancy to the groove in this song that simply reaches through the stereo speakers and grabs us with everything it’s got, and while I don’t think the aggressiveness of the stutter-step we’re greeted by in “Alice” is the most exciting part of the track, there’s no getting around the tone it sets for what follows the intro. Drury is a showman, and here, he’s really letting his hair down and giving us the kind of performance we’ve come to expect out of him in the past few years.

The chorus is by far the most jagged part of “Alice,” but its volatility feeds into the flow of the lyrics rather beautifully. Somehow, Drury converts the loose ends into a launchpad for his most cathartic vocal emissions in this song, making marvelous lemonade out of instrumental componentry most players would leave as lemons through and through. His adaptive capabilities are getting the lion’s share of the spotlight in a couple of important moments in this single, but given how well we’ve gotten to know the other elements of his sound in previous releases, I suppose it’s about time this aspect of his profile got some attention as well.

Instrumentally, I don’t think there’s any need to debate whether or not “Alice” is complicated to such an extent that it wouldn’t be the same single were someone else singing its verses. This is a composition that couldn’t have been any more tailored to the stylistic needs of Trevor Drury if he wanted it to be, and although it has a flexible enough structure to where I could see him having fun with it in a live setting, I don’t believe it was designed for remixes – by the original artist or anyone else. It’s ready to soundtrack the dancefloor or the summer road trip right out of the box, which exemplifies the level of aesthetical maturity this player has ascended to just since his last release.

The buzz around Trevor Drury continues to be rather considerable, especially for an underground artist as committed to independent recording ethics as he is, but I cannot say it isn’t justified when breaking down what makes “Alice” a hit this summer. Pop music’s most demanding consumers tend to be audiophiles who value the glamorousness of a single as much as they would the poetic substance of its narrative, and this is a piece that satisfies on both counts without having to get very theatrical about it. Drury is an artist confident in himself and the craft he’s invested so much of his life and time into, and this makes even the most straightforward of releases – “Alice” included – feel like a watershed moment for his career and the scene that got it started.