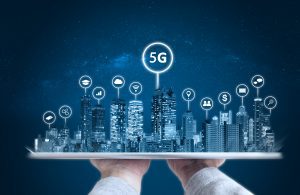 Telecoms.com periodically invites expert third parties to share their views on the industry’s most pressing issues. In this piece Dr Paul Carter, CEO of Global Wireless Solutions, reviews the progress of the UK 5G rollout.

5G is expanding rapidly across the UK, with the next generation network continuing to pop up at new locations served by each of the major operators. This month, EE unveiled 35 new locations to its service, including many tourist hotspots and destinations for domestic travellers in time for the summer season.

This all sounds exciting and promising, but customers of EE and the other UK operators may be wondering what this actually means for them in ‘real-life’ situations. Almost everyone by now will be familiar with – perhaps even weary of – the term “5G”. For many consumers, the tangible benefits of 5G are still quite unclear. While there has been much hype, not all phones on the market are 5G-enabled and when we conducted research into public perception of 5G last year, we discovered a mix of apathy, misunderstanding and confusion. 24% of iPhone owners, for example, thought that their phones were capable of accessing 5G before the 5G iPhone had come out.

Similarly, messaging around 5G has been fairly limited in scope, with faster speeds being the primary focus at the expense of more nuanced messages about the wide range of improvements it can enable. This no doubt will have contributed to the perplexity around what 5G is, when it will be available, and the sorts of benefits it will bring.

Measuring the progress of deployment

When we tested the network performance of the operators in our latest nationwide drive, we saw that 5G is now available across more than a third of UK markets tested (37%). However, it’s only being delivered to enabled handsets around a fifth (20%) of the time, which may help to explain why consumers are having a hard time understanding the network and its benefits: those with enabled handsets are not always seeing a connection to 5G. In addition, when speaking to customers, we found that many are broadly happy with the services they’re already receiving from their operators, particularly given that reliability remains the most important aspect of network performance for consumers.

Throughout testing, we found that 5G signal is, on average, available 40% of the time in UK cities, but less frequently in towns (16%) and on motorways (11%). At the same time, the network is completing tasks on 5G just 23% of the time in cities, 8% in towns, and only 5% of the time along motorways.

Naturally, the deployment of 5G along UK motorways appears to be progressing more slowly and although full 5G will likely be required for enabling advanced applications of the future such as autonomous vehicles, today’s network needs on motorways are limited and can be facilitated by existing network technologies. Much of the initial rollout has focused more on cities and urban locations as opposed to rural areas – this further limits the availability for people that are able to connect, experience and gain insight into the benefits of 5G.

As part of our testing we also analysed the data to determine what level of 5G coverage across an entire market (city or town) would be needed to achieve a certain minimum threshold of speed for that market. It was discovered that in order to achieve a baseline of 100 Mbps average network speed throughout an entire market, operators must first achieve around 40% coverage in that market. For consumers, 100 Mbps means that downloading a HD movie should take about two minutes. This baseline was found to occur only in 7 out of 32 major cities and towns tested. In particular, Belfast, Birmingham, Cardiff, Glasgow, Liverpool, London and Manchester recorded average overall speeds in excess of 100 Mbps on any operator, with Vodafone accounting for four of these values and EE for three.

The process of realising predictable and consistent 5G coverage across the UK’s cities, towns and rural areas – and all transportation paths in between – is simply going to take time. Our testing reveals that there is sign of good things to come from 5G when it is available, but for the moment, today’s network remains a mesh of existing and next generation networks.

It’s difficult to predict exactly when 5G coverage will be widespread, but the operators in the UK are making excellent progress with deployment. We still need to go beyond the limited scope of messaging around 5G to communicate the scale of the implementation and the extent of the benefits that the network will bring. Deploying a network nationwide isn’t instantaneous and each of the operators will face their own independent challenges. As such, it’s important for all key stakeholders in the rollout of 5G to work together in giving the British public much more regular, multi-layered messages about the process of deployment, and to take a more active role in educating consumers about the life-changing impact of the network too. 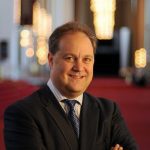