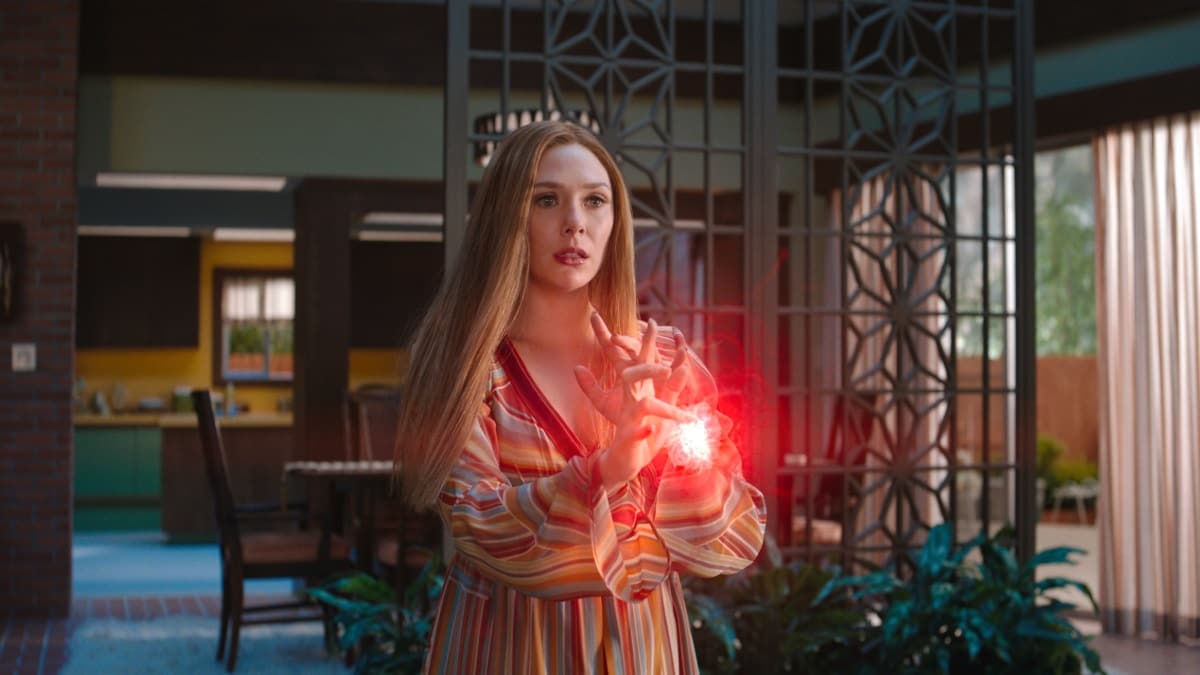 WandaVision is unlike anything we’ve seen before in the Marvel Cinematic Universe, including in the way it looks. A crucial part of that is the cinematography. For most of its nine-episode run, WandaVision has ran through several decades of American sitcoms, starting in the ‘50s with the classics and breaking through the fourth wall in the ‘00s. Along the way, WandaVision has constantly played with its aspect ratio, how it’s filmed and framed, and the colour schemes — all in order to pay homage to the family sitcoms it’s partly inspired by.

There’s a lot that goes into this process, as WandaVision’s director of photography Jess Hall — previously best known for Edgar Wright’s action-comedy Hot Fuzz, Scarlett Johansson-led sci-fi Ghost in the Shell, and beloved indie coming-of-age The Spectacular Now — told Gadgets 360 in a chat this week.

“When you look at an era, you’re looking at specific shows — we’re looking at family sitcoms from each decade — but I think beyond that, you’re also looking at a particular filmmaking vocabulary that was in existence, a language that was in existence that’s common between shows of that period,” Hall said. “When you look at the 1950s, you’re looking at essentially a lot of live multi-camera shows. They required a certain type of kind of broad lighting to execute because you’re shooting on three cameras from different angles.”

WandaVision episode 1, appropriately titled “Filmed Before a Live Studio Audience”, was in fact shot with a studio audience. Elizabeth Olsen, who plays Wanda Maximoff, previously said the experience was, “so nerve wracking. There was a lot of adrenaline, there were a lot of quick changes, and it totally confused my brain, the idea of not playing to an audience, but feeding off an audience and having a camera.”

Moving into WandaVision episode 2 “Don’t Touch That Dial”, Hall continued, you end up in the “single-camera, more modelled lighting” era. In January, WandaVision director Matt Shakman revealed he sat down with Dick Van Dyke of The Dick Van Dyke Show (1961–66), and screened “a ton of old television episodes” prior to filming for the cast and crew. 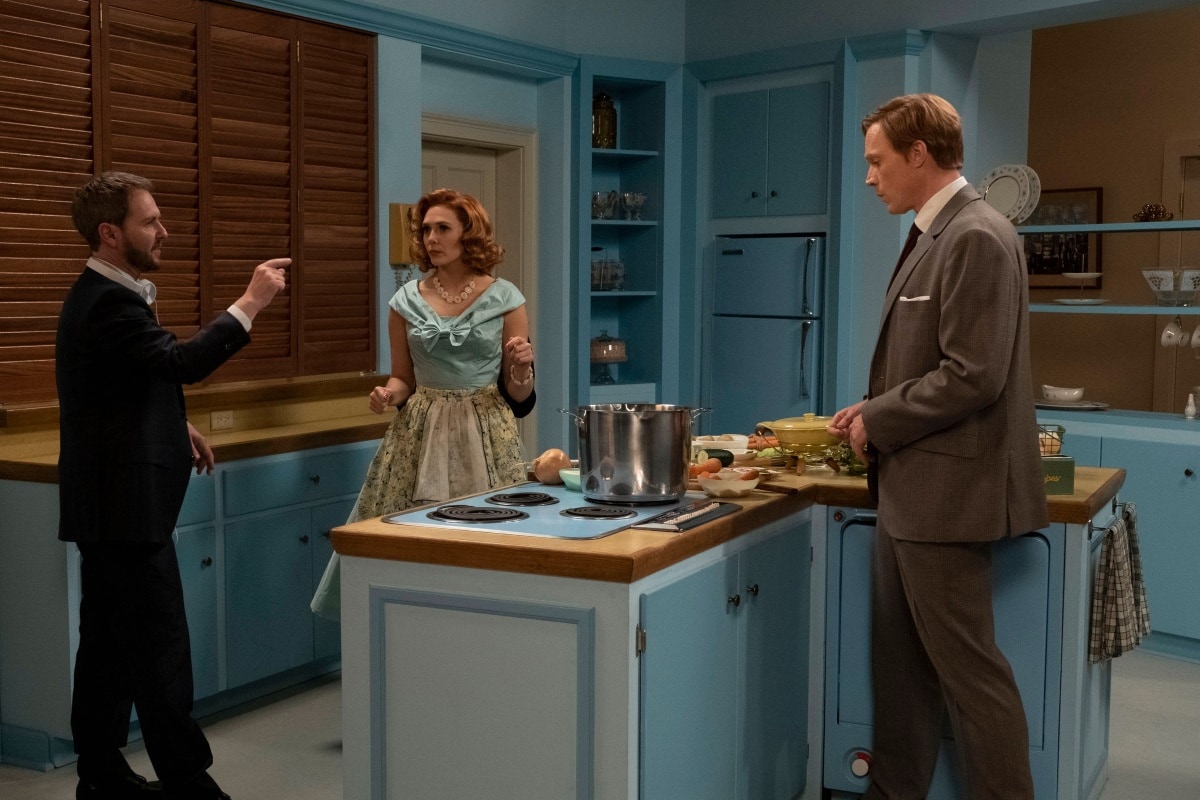 On WandaVision episode 3 “Now in Color”, the MCU series pushed into the 1970s, which is where “you’ve got the kind of early film look, so it’s a very specific type of a colour palette and they’re working with film stocks,” Hall added. “And then when you bring in like video, into the ‘80s and ‘90s,” — it happened with WandaVision episode 5 “On A Very Special Episode…” — “that had a very particular quality to it. So, it’s not just the shows, but it’s also the technological eras that are common between some of those shows that I was looking at.”

As Hall noted, the obvious route to handling the different looks with each WandaVision episode would have been to use different types of cameras, each appropriate to their time period and style. For instance, “find an early video camera from the 1980s and you shoot an episode on that,” he said. That’s not how the show was made though.

“I actually went the other way than that,” Hall told Gadgets 360. “I used one predominant camera platform for every [WandaVision] episode: a large format [Arri] Alexa, I’d say probably 85 percent of the show is shot on that camera. And to me it was about developing the colour science within that very high-level camera platform, to kind of put an envelope around the look that I was doing and basically create a LUT, so that I could kind of mimic these looks within the camera. Some of that was done with Technicolor in terms of creating those different envelopes to work with that one camera platform, and then using many different lenses and many different lighting techniques to kind of try to render this world.” 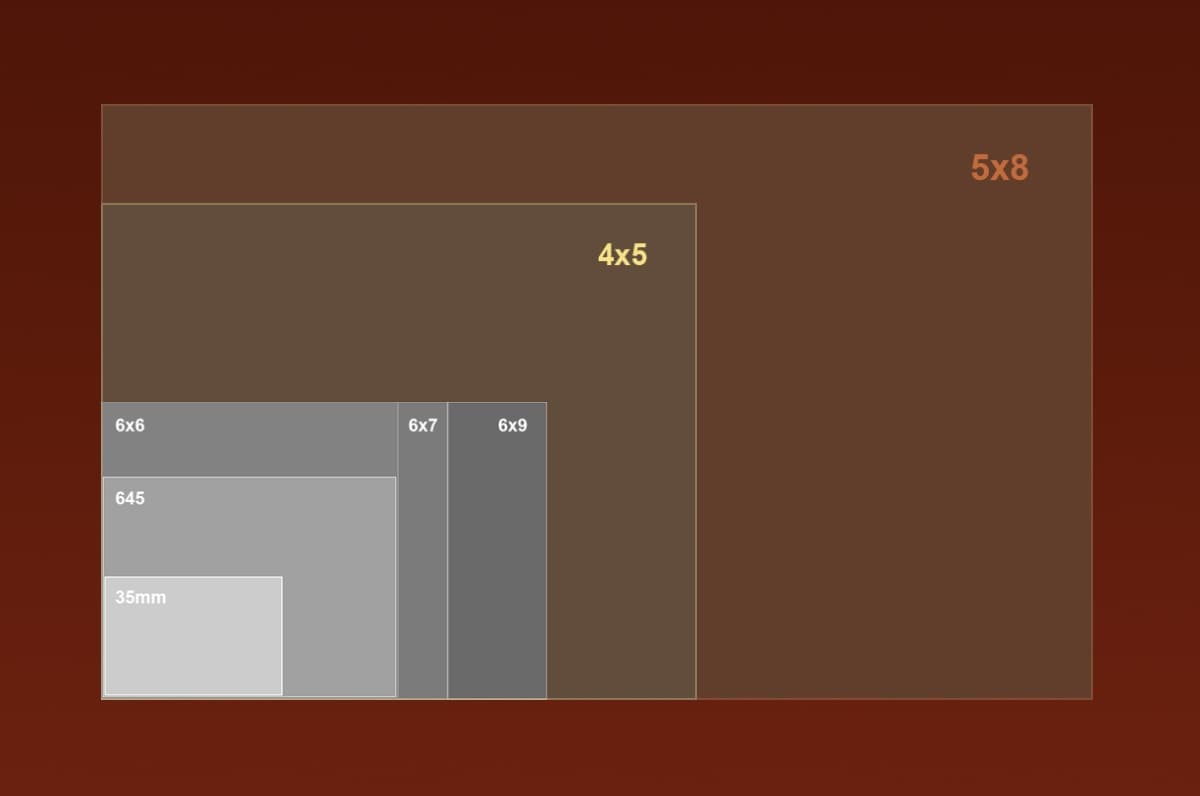 4×5 and 5×8 are examples of large format film
Photo Credit: Wikimedia

LUT, or Look-Up Table, is essentially a mathematical equation that is applied to RGB values i.e. colour. This allows filmmakers to see, on set, what the final product might look like.

So, when Hall talks about “mimicking these looks within the camera”, he means they were able to achieve the various time periods that WandaVision needed with the help of one camera platform (Arri Alexa LF). Add to that a bunch of different visual styles (or envelopes, as Hall calls them) created in partnership with Technicolor, a company that specialises in developing and offering LUTs to filmmakers globally.

On WandaVision, Hall deployed a total of 47 different lenses, some of them custom built by Panavision to recreate the look of the ‘50s to the ‘70s. Did Hall have a favourite? The cinematographer says that during his research, he observed that as TV shows moved into the ‘60s, they became more cinematic, in terms of their lighting and shooting with a single camera.

“One of the things that I noticed was, these beautiful kinds of close-ups that they did of the leading ladies, which were almost like kind of Garbo-esque.” Greta Garbo was one of Hollywood’s leading ladies during the Silent Era, and was known for her calm, subtle, serene, and understated performances. Hall continued: “So, I actually made two special portrait lenses for Elizabeth Olsen, which kind of mimic that quality, that had very special kind of characteristics with highlight halation, kind of soft falling off from the centre to the edges.”

Halation is essentially a blurring of highlights — that’s the brightest parts of the film — that gives characters an ethereal look of sorts at times.

As WandaVision moved out of the Westview Hex starting with episode 4 “We Interrupt This Program”, Hall began to use lenses that were used for Marvel movies. Specifically, the Panavision Ultra Panatars that were “specially made” for Avengers: Infinity War and Avengers: Endgame. Ultra Panatars are 1.3x anamorphic lenses — what that means is they capture 1.3 times the horizontal data of a spherical lens (that’s the kind you get with a standard DSLR camera people like you and I might have). And unlike spherical lenses which produce a spherical image, anamorphic lenses produce an oval image. 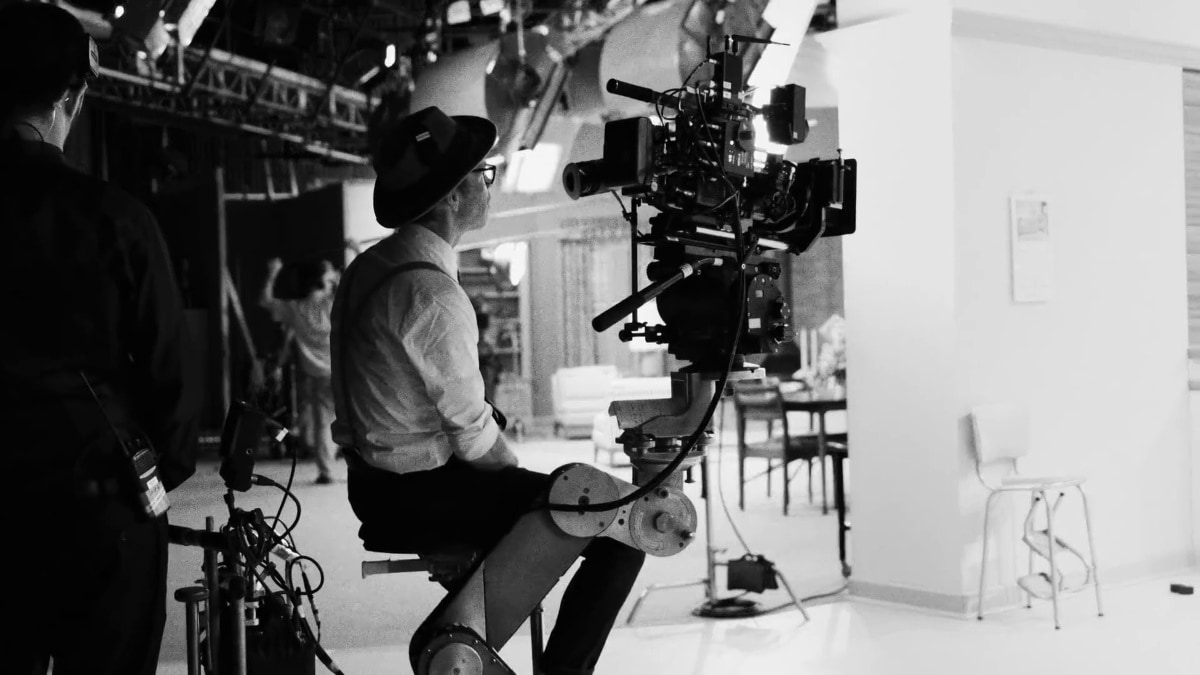 “We’re inhabiting a very particular type of a lighting environment, colour space environment, and a colour palette in the sitcom world that absolutely shifts when we go to the MCU world,” Hall continued. “Of course, as the sitcom world becomes more modern, the difference becomes less. But I kind of protected that by only using the anamorphic lenses for the MCU world. So, that was kind of like my special sauce, which always differentiates those [Westview vs S.W.O.R.D.] sequences well.”

For Hall, his favourite moments were the ones that blended those two worlds. That includes the dinner table scene from WandaVision episode 1 “Filmed Before a Live Studio Audience” which shifts from a comedic mysterious angle to a more dramatic tone as Mr. Hart (Fred Melamed) collapses. Hall said of the scene: “The lighting kind of changes and we kind of create that drama with the cinematography.”

Hall also loved the transition to colour deep into WandaVision episode 2 “Don’t Touch That Dial”, and the pivotal moment in WandaVision episode 3 “Now in Color” where Monica Rambeau/ “Geraldine” (Teyonah Parris) was thrown out of the Westview Hex by Wanda. He added: “From this very warm sitcom bubble into this cool exterior, and the aspect ratio changes from 1.33:1 to 2.39:1.”

Hall’s time in the MCU has come at the most interesting of times though, with the ever-expanding universe seemingly at its most experimental: “We built up this bubble of this comfortable sitcom, this Americana that’s sort of familiar. And then we kind of disrupt that, with unease and tension. We fracture it. And that’s a really interesting kind of dramatic tension to work with as a cinematographer.”

WandaVision is available on Disney+ and Disney+ Hotstar.