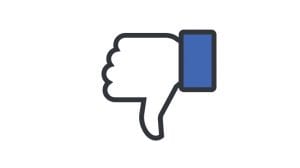 Anyone who questioned the desirability of the US President being banned by social media companies was told they can do what they want. Does the same principle apply to Facebook in Australia?

It turns out Facebook’s threat to block the sharing of news on its Australian site wasn’t a bluff. “In response to Australia’s proposed new Media Bargaining law, Facebook will restrict publishers and people in Australia from sharing or viewing Australian and international news content,” wrote William Easton, MD of Facebook Australia & New Zealand yesterday.

When Facebook kicked Donald Trump, who was still the US President at the time, off its platform Trump’s enemies opportunistically defended the right of Facebook to do whatever it wants on the grounds that it’s a ‘private’ company. They tended to add that meaningless qualifier to emphasise the company’s autonomy and to silence those who suggested that excluding the world’s most powerful politician from the public square might not be an unconditionally great idea.

It would be interesting to know their position on this move. Surely Facebook is not obliged to provide any service whatsoever, including allowing the sharing of news, so there’s no problem, right? It’s hard to see how you can endorse the Trump move while condemning this one, but plenty of people will try to argue the principles concerned are different. We disagree.

Both shows of strength by Facebook do serve to shine the spotlight on the near monopolistic power such internet platforms wield, however. It looks like Facebook also took down some Australian government pages, including those of emergency services, in its fit of pique. While those are already being restored, they serve as a brutal reminder that Facebook is God in its own domain and nobody is safe from its wrath.

On the other hand the Australian government, itself a monopoly of sorts, has attempted to impose conditions on Facebook that the company finds unacceptable. They are effectively in the middle of a negotiation and Facebook doesn’t like the way things are going, so it has decided to raise the stakes. There’s every possibility that, having had Facebook’s willingness to walk away so brutally demonstrated, the Australian government will return to the negotiating table with a more conciliatory attitude.

This morning, I had a constructive discussion with Mark Zuckerberg from #Facebook.

He raised a few remaining issues with the Government’s news media bargaining code and we agreed to continue our conversation to try to find a pathway forward.

It’s also encouraging to see the tech giants failing to speak with a common voice on this matter. Google has elected to meet the Australian government’s demands and pay news organisations for ‘publishing’ their content. But Facebook insists the two companies have very different relationships with news publishers.

“We understand many will ask why the platforms may respond differently,” wrote Easton. “The answer is because our platforms have fundamentally different relationships with news. Google Search is inextricably intertwined with news and publishers do not voluntarily provide their content. On the other hand, publishers willingly choose to post news on Facebook, as it allows them to sell more subscriptions, grow their audiences and increase advertising revenue.

“In fact, and as we have made clear to the Australian government for many months, the value exchange between Facebook and publishers runs in favour of the publishers — which is the reverse of what the legislation would require the arbitrator to assume. Last year Facebook generated approximately 5.1 billion free referrals to Australian publishers worth an estimated AU$407 million.

“For Facebook, the business gain from news is minimal. News makes up less than 4% of the content people see in their News Feed. Journalism is important to a democratic society, which is why we build dedicated, free tools to support news organisations around the world in innovating their content for online audiences.”

These are all valid points, but they also sidestep the underlying issue driving this push for legislation. The fact is that Google and Facebook account for the majority of all global digital advertising spend, much of which would otherwise go straight to the news media. This, in turn, has led to a dramatic deterioration in the quality of journalism as fewer writers are compelled to write more stories, often pandering to an echo chamber, in their desparation to chase raw traffic.

That’s a major problem but state intervention isn’t the answer. Many media have switched to the subscription model, while individual writers use sites like Substack to develop a direct commercial relationship with a smaller audience. Facebook and Google are the new media giants but, just like any other media, consumers are not obliged to use them.

That’s why this isn’t a simple monopoly issue. Facebook isn’t being accused of abusing its dominant position, it’s merely being asked to give money to publishers when it hosts their content. It doesn’t want to, so it’s not going to host that content anymore. Ironically one of the most self-contradictory takes on the matter has been supplied by the former head of Facebook Australia, Stephen Scheeler, who manages to lament Facebook’s lack of accountability while at the same time calling on people to boycott the service. Walking away sounds like a great way to hold Facebook accountable, doesn’t it?

#SheEarnedIt: An International Women’s Day Conversation Presented by FASHION and TikTok
Cult 45: Navigating the Virulence of the First Post-Trump CPAC
Italy has a new way to combat overtourism
A Guide to the Tekashi 6ix9ine Documentary Universe
Apollo Global confident in return of business conventions as it strikes deal with Las Vegas Sands