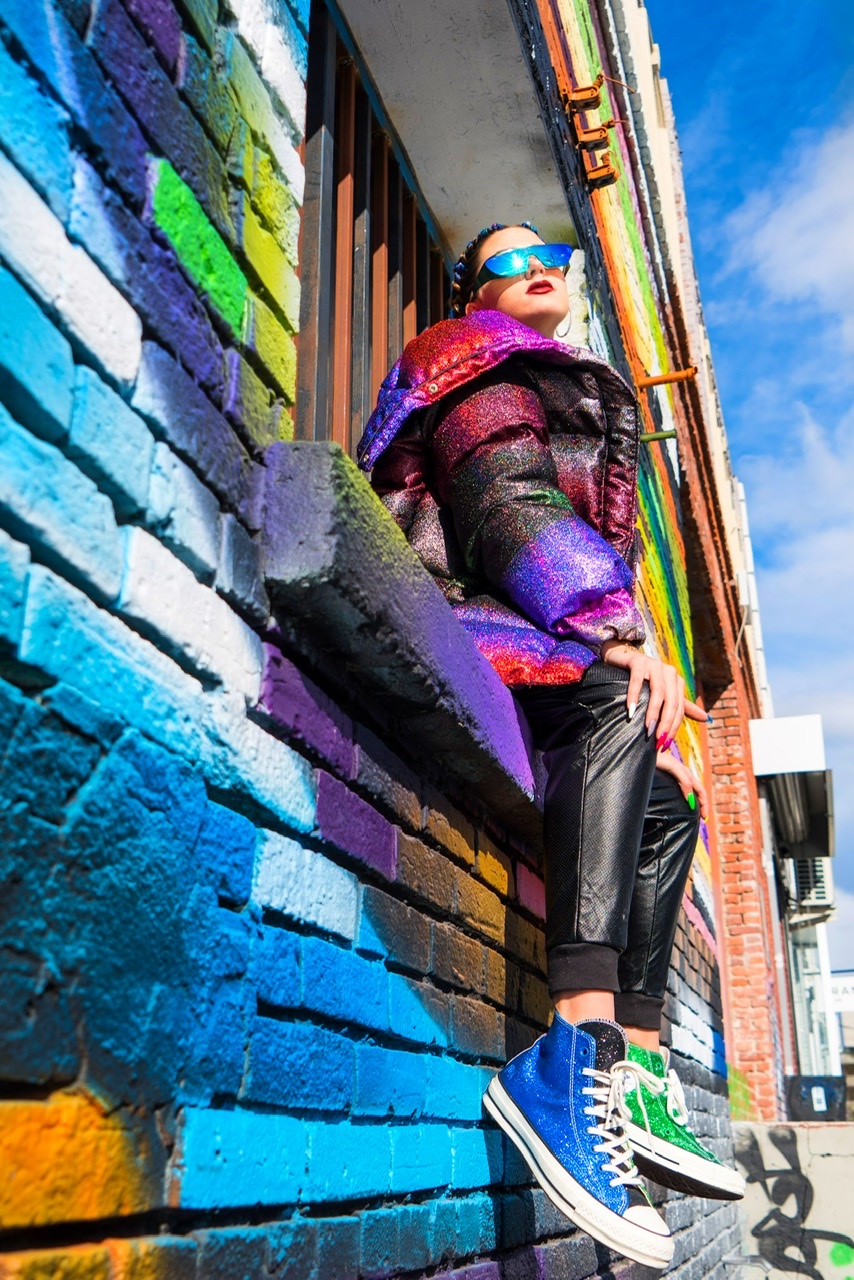 Music
Share on Facebook
Share on Twitter
Share on Pinterest
Share on LinkedIn
Hot new rapper Ashley Brinton aka Aye B who is known for her hit performance on #1 TV show Below Deck, has taken the Rap world by storm in 2020 with her newly released single “Nobody” produced by Hotsauce. Aye B has instantly risen to the top working with Hotsauce on this track whose produced for such artists as Ariana Grande and the list goes on. Hot new rapper Yella Beezy from Texas has collaborated on this track rapping on the hook.
Aye B at just 19 years old, is such a young super talent, she and writes and co-writes her own tracks. “Nobody” was produced in a studio in Thousand Oaks, California. Aye B shot the music video in Texas directed by Jeff Adair featuring Yella Beezy. Aye B says, “Filming a music video with Jeff Adair was such an amazing experience and Yella Beezy was just such a pleasure to work with we just turned up and we had the best time filming the video. it’s a really dope piece of art that I’m so excited to put out.”
When asked what the inspiration for this track were, Aye B exclaimed, “My inspiration for ‘Nobody’ came from watching all these guys who have girlfriends hitting on me. I’d never take them up on it because I’m better than that.  I just tell them, “Don’t leave your girlfriends.”
Most recently Ashley Brinton aka Aye B was asked to be an opener for The Mod Sun National Spring Tour 2020. The tour was set to span from March 1st until April 11th, 2020, with a start day in Minneapolis and closing it off in Los Angeles, CA. Due to the Corona Virus, the tour was halted after Chicago tour date. Aye B performed her tracks such as; Kreamy Kash, Wednesday Thought, Good Mawnin, A Cardi B cover,  and Nobody.
To hear “Nobody”:
http://smarturl.it/AyeB-Nobody
To view “Nobody” music video:
https://youtu.be/fy8J8eGGhUU
ABOUT ASHLEY BRINTON: Ashley Brinton, who creates under the nickname-turned-moniker Aye B, is an 18-year-old singer multifaceted recording artist, melodic rapper/vocalist and entertainer. Hailing from Miami and now based in Los Angeles, Aye B has spent the better part of the last decade finding her voice, experimenting with her artistic direction and developing a rock-solid foundation that only unrelenting determination can yield. While previously having spent years dedicated to exploring modern pop soundscapes, a time period that helped strengthen her voice and garner key relationships with new collaborators, Aye B ultimately realized her self-expression became that much more amplified and electric when working in a hip-hop-leaning space. Unwilling to compromise her individuality, Aye B decided to shelve the music she had previously recorded as Ashley Brinton, allowing herself to reveal a more authentic version of herself to her rapidly evolving fanbase.

With no shortage of inspiration surrounding her, Aye B began experimenting with different vocal stylings and drawing from genres such as Latin trap, hip-hop and electronic to hone her distinctive sound. As exemplified through her 2018 singles, “Trouble,” which debuted at No. 38 on the Billboard Dance Chart and “Say The Word,” such a progression away from pop was a natural one. With her 2019 track “Good Mawnin’,” Aye B makes an empowering reintroduction, indisputably thriving in the intersection of rhythmic vocal delivery and roaring trap instrumentals. In July 2019, she made an appearance on Bravo TV’s Below Deck Mediterranean, with the episode doubling as the behind-the-scenes making of the track’s accompanying music video. With gratitude and genuine enthusiasm, Aye B can currently be found polishing her latest music and perfecting her live show, all while pursuing her marketing and business degree as a student enrolled online at North Eastern.

Sasha Banks on WrestleMania 37 with Bad Bunny and Starring in The Mandalorian
10 of the Best Poems about Magic and the Supernatural
“Nobody ever made fun of him, but I did.” Orson Welles on his friendship with Hemingway.
Did anyone actually . . . like William Wordsworth?
The man recreating airplane meals to get through lockdown